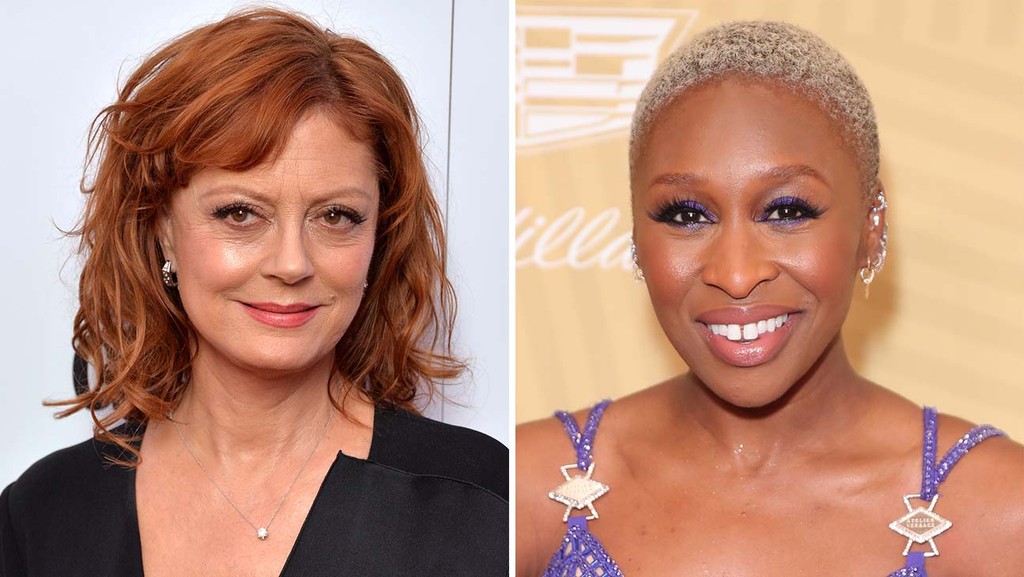 Artist and activist Shepard Fairey and Boston Marathon bombing survivor Adrianne Haslet are also seeking to inform patients about the new rule requiring hospitals to list the cost of their medical services.

Susan Sarandon and Cynthia Erivo are just two of the high-profile ambassadors seeking to raise awareness of people’s right to know the cost of medical services through the Power to the Patients campaign.

The campaign comes after the launch of a new rule in 2021 that mandates that hospitals provide clear and accessible pricing information online about the medical services and items they provide.

The rule is designed to allow patients and their families to understand the financial obligations of their medical decisions and compare prices.

However, critics argue that the measure could create confusion among consumers and imposes an additional burden on hospitals that are already taxed by the current COVID-19 pandemic.

Sarandon, Erivo and artist and activist Shepard Fairey will all participate in public service announcements as part of their work as ambassadors.

“I’m happy to be part of this campaign because people need transparency and consistent pricing in the health care industry in order to make educated decisions in every aspect of their lives,” Sarandon said in a statement. “I look around and I see families devastated by medical bills and escalating prescription costs. No one should lose their livelihood, their home, their life because they can’t afford or understand the prices of their medical treatment. Until there is a universal health care system in this country, we need transparency and consistent pricing in the healthcare industry. Dealing with health issues is stressful enough without having to deal with hidden prices.”

Erivo added, “This is an incredibly important issue and I’m honored to join this campaign. A patient’s right to access information regarding their healthcare is crucial and with this movement I hope we can engage and shed a light around this conversation.”

Fairey, whose PSA can be seen below, said in a statement about his involvement with the campaign, “I’m a Type 1 Diabetic, my wife has Multiple Sclerosis and I’ve seen friends with cancer be bankrupted. So, of course, healthcare and healthcare costs are important to me. I also see the way that art can affect people and draw them into an issue that they might otherwise reject or ignore. That’s what I’m trying to do with my art for the Power to the Patients movement, to make sure that it connects with people emotionally and intellectually. I want to pull people in and make them think and decrease the amount of suffering in the world.”

“There is nothing distinguished about a civilization not working to lessen the burden on its citizens who are facing a health adversity. Health care financial objectives should never include the equation: ‘profit = sick people + hidden prices.’ Fundamental patient rights are a universal issue and we don’t want to be indistinct in pointing out that this campaign should in no way be politicized. This is not about politics. This is about people,” said Kevin Morra.

Health And Fitness Winners Of The Pandemic

The Business Of Fashion